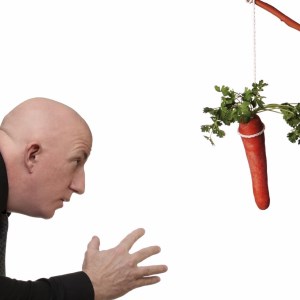 In my latest book ‘What Makes A High Performance Organization’ I have written about hygiene factors (for instance about the bonus as hygiene factor). But for many people the difference between these factors and the HPO factors is not always clear. Many folks regularly object to me that the certain things they are doing are really important and have to be done even as my HPO research shows that doing these things doesn´t necessarily make your organization an HPO. The hygiene factors originate from the satisfaction theory of Herzberg (1) which states that performing well on these hygiene factors does not necessarily lead to high performance, while performing badly will lead to demotivation and dissatisfaction. Therefore Herzberg also referred to hygiene factors as demotivators or dissatisfiers.

I am using the term hygiene factors however slightly different than Herzberg, in the sense that I consider these as factors which have to be in place in order for an organization to be able to start the transition to HPO in the first place. Thus, although the hygiene factors are not among the five HPO factors and therefore are not decisive to become HPO, they can be necessary preconditions for beginning the transition to HPO. As long as these factors have not been taken care of, people in the organization will be so distracted that they will have neither the attention nor the time to commit themselves to an HPO transition.

The ATLAS Consortium case: hygiene factors cannot be brushed aside

The hygiene factors can consist of basic things but can also be complicated in nature. An interesting example is the case of the ATLAS Consortium. This consortium, consisting of four leading IT organisations – HP, Fujitsu, Cassidian, Logica – worked together to design and implement the United Kingdom Ministry of Defence’s Defence Information Infrastructure (DII) project. ATLAS experienced many problems with delivering on its promises in the initial years, and so management decided to perform an HPO Diagnosis every year to get guidance about the sorts and priorities of the improvement actions needed. The subsequent HPO Diagnoses pointed to several hygiene factors that were ´out of order.´ These were of two types: the seemingly banal which were nonetheless quite bothersome; and the ´heavy´ ones.

An example of the first type was the organization’s canteen which was old-fashioned, too small and generally not very inviting. Employees annoyed about this, day in and day out, adversely affected the atmosphere in the building. But when the canteen was refurbished, it quickly became a hot spot for people to meet and talk while fetching and drinking their coffee and tea. This quickly improved relations between the various departments in the building that previously had hardly ever interacted.

A heavy hygiene factor was the issue of ´the commercial anchors´ which plagued the consortium. As all partners in ATLAS were competitors outside the consortium and each had contracts with the Ministry and often also with some of the other partners, all kinds of commercial interests were at play. This of course caused a lot of friction, delays and eventually distrust among the partners. Management of ATLAS had to remove these anchors first in order to ensure that all partners were in the consortium with the same goal. Otherwise none of them would be willing to put in the effort required to make the consortium truly an HPO.

This period, which was later termed the ‘stabilisation & preparation’ phase, lasted almost a year, during which management also used this time to go around the consortium talking to people about HPO and its meaning and importance for ATLAS. This helped make people more familiar with the HPO Framework and the role it was going to play in the future development of the consortium. As a result, when ATLAS was finally ready for the push toward HPO, it made fast, significant strides.

The case of ATLAS shows that hygiene factors cannot be brushed aside or ignored simply because they are not HPO factors. Though there are many instances when these factors can form significant hindrances to the transition to HPO, they should be acknowledged as such and incorporated in the transition plan to HPO, early on, among the first actions to be taken. Only in this way can management be sure it has thought through all issues of critical importance for a successful HPO transition.

So the big question is: Have you taken care of your hygiene factors and are you ready to work really hard on your HPO factors?