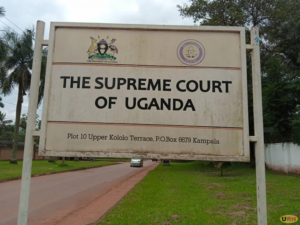 Public desire for an efficient and effective public sector, and in particular the judicial system, has increased tremendously since the early 1990s (Blackman et al. 2019; de Waal and Linker 2021; Fatile and Adejuwon 2010; Nassali 2008; Richards 2000). Free, fair, and timely justice is decisive in ensuring security for members of society, building public confidence, and attracting new investors to promote nations’ growth and development (Fatile and Adejuwon 2010). This desire puts great pressure on governments, practitioners, researchers, and policy makers to seek ways of improving public sector performance in their countries (Fatile and Adejuwon 2010;  2007). Since the late 1990s, many developing countries have embarked on comprehensive public-sector initiatives (Barzelay 2003; Christensen and Laegreid 2008).

Initiatives in the judicial field include establishment of new regulatory frameworks for judiciary oversight and court agencies, decentralization of the court system, judicial civil service restructuring, and other sector-wide approaches such as Uganda’s Justice Law and Order Sector (JLOS) relevant to the planning and budgeting process. However, most of these judicial reforms are struggling to enhance performance sufficiently to meet citizens’ expectations and make a meaningful impact on society (Decker et al. 2011; Nassali 2008). In Uganda, significant proportions of criminal and civil injustices remain unreported to the police, court cases can take a long time to be adjudicated, and public opinion of the performance of the court system is generally low, all of which warrant improvement and strengthening of the country’s High Court juridical system so that the system can serve the country’s citizens and businesses more efficiently and effectively (Nassali 2008; UBOS 2015). In this article, we evaluate the effects that improvement of the structure and culture of the judicial
system would have on the performance of the system (Blackman et al. 2019).

The evaluation tool we use is the high-performance organization (HPO) framework (de Waal 2012), a scientifically validated procedure to map an organization’s current performance and identify the areas in the organization that need to be strengthened to achieve sustainable higher performance. The remainder of this article is structured as follows. In the next section, Uganda’s High Court system is described, followed by a description and justification of our use of the HPO framework. This is followed by descriptions of our research approach and results, after which we discuss our findings. The final section concludes the study and describes its limitations and opportunities for future research.

The High Court system in Uganda

The Uganda Constitution 1995 (Government of Uganda 1995) states that the functions of the judicial court system include dispute resolution among citizens and between the state and citizens, administration of justice, protection of human rights, promotion of rule of law, contribution towards enforcement of law and order, licensing, and disciplining court brokers. The Ugandan Judicial Court system consists of
the Supreme Court, Court of Appeal/Constitutional Court, High Court, and Magistrates Court (see Fig. 1)….

Read the paper online on this site!