The case of a state-owned enterprise

Purpose – In recent years, China has shifted its competitive strategy from competing on low cost to producing higher value added products and services, and the country has made the promotion of business excellence a national strategic priority. As a consequence, Chinese organizations need to know the factors that will make them world-class companies. Until recently, not much research has been done into these factors in the Chinese context. The few studies available unfortunately were mainly done only into specific elements of excellence and specific improvement techniques; a holistic and scientifically validated framework for creating high performance organizations (HPOs) cannot be found. The purpose of this study is to evaluate such a framework, which was quite recently developed, for the Chinese context.
Design/methodology/approach – A possible way forward is to use the HPO framework which was validated in earlier studies for the Asian context. In this paper, this research question is answered: Can the HPO framework be used to help Chinese organization to evaluate and improve the factors for excellence in the Chinese context? The study used a questionnaire which was distributed to respondents of a Chinese state-owned manufacturing enterprise. The results were discussed during a workshop to arrive at the main attention points for the organization.
Findings – The HPO framework was validated for the Chinese context and yielded valuable recommendations for improvement for the case company.
Originality/value – This study fills the gap which currently exists in empirical research about organization performance practices in Chinese. The study also has practical implications as management of Chinese state-owned enterprises, and possibly other Chinese companies, are now able to undertake focused improvement actions.
Keywords – China, HPO, High performance organisations, State-owned enterprises
Paper type – Research paper

China has for years enjoyed a strong competitive position worldwide. This enviable position was based on the low cost of products because of 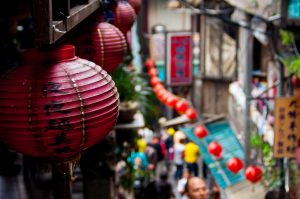 the sheer endless supply of cheap labor and on many foreign companies establishing themselves in the country, bringing with them production knowledge and experience. However, lately, the country has shifted its competitive strategy into the direction of producing higher value-added products and services (Rubini, 2013). Thus, the promotion of organizational business excellence has become a national strategic priority (Barbieri et al., 2013), among others, to be able to deal adequately with domestic and foreign contexts simultaneously, thereby thriving in the global competitive arena (Child and Marinova, 2014). At the same time, Chinese companies have to adapt to the dramatically changing Chinese economy, which has changed from a command economy into a market socialist system, and from an economy which was mainly dominated by state-owned enterprises to one with a wide range of public and private ownership forms (Warner and Rowley, 2013). In addition, Chinese companies have to be able to cope with increasing pressures from growing skills and labor shortages, higher wages and
demands for better environmental and labor standards (Rowley and Warner, 2013). In this respect, China increasingly encourages the establishment of so-called national champions, exemplary companies which should be the role models in excellence and competitiveness
(Hemphill and White, 2013; Rubini and Barbieri, 2013).
This new drive for business excellence means that Chinese organizations need to know the factors that will make them world-class companies. This is all the more important because Chinese organizations are reported to have a lower service orientation and lower quality human resource management (HRM) function than Western companies, leading to regular product recalls and subsequent lower financial performance outcomes (Sun et al., 2006; Gebauer and von Zedtwitz, 2007; He et al., 2011; Rubini et al., 2013). Unfortunately, until recently not much academic research has been done into these factors in the Chinese context (de Waal, 2012b). 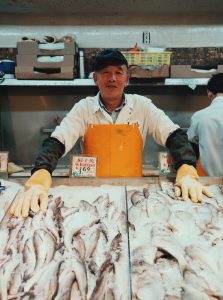 This study looks at the Chinese context for a performance improvement system, the high performance organization (HPO) framework (de Waal, 2012a, 2012b), which is a holistic and scientifically validated framework for creating HPOs. The framework was used at a Chinese state-owned company to evaluate its performance and to come up with improvement points that the company needed to address to become and stay high performing. As such, this is the first time – as far as the authors are aware – that a holistic improvement framework described in the literature has been specifically validated for the Chinese context and actually has been received favorably by managers and regarded as very useful. Thus, this study fills a gap in the current literature, by describing the first application of a holistic HPO framework in the Chinese context, thereby providing specific information about the factors of high performance in a Chinese setting. The article also has a practical contribution as the HPO Framework can be useful for other Chinese organizations to evaluate and improve their performance. The remainder of this article is structured as follows. In the next section, a theoretical overview of high performance studies performed in China is given. This is followed by a description of the HPO framework. Subsequently, the results of the confirmatory factor analysis of data collected from Chinese organizations are given and discussed. The section thereafter describes the application of the HPO framework at a Chinese company. The article ends with the conclusion, limitations of the research and further opportunities for study.

High performance in the Chinese context

In the first decade of the twenty-first century researchers finally started to look specifically into factors of excellence in the Chinese context. For instance, Deshpandé and Farley (2002) found clear patterns of similar processes and organizational cultures among firms in six Chinese cities that were classified as being high performing (in terms of high levels of innovativeness and market orientation). Sull and Wang (2005) studied eight high-performing Chinese companies in-depth and found that these firms were especially good at handling uncertainty, dealing with future challenges and opportunities and acting fast on these, developing a flexible hierarchy, managing relationships dynamically and scaling business effectively. Xie et al. (2013) studied the factors that affected innovation performance of Chinese small- to medium-sized enterprises (SMEs) and found that there was a positive relationship between the availability of financial capital, technically qualified staff and access to technology and the innovative and financial performance of that SME….

Read High performance in the Chinese context, published in Emerald Insight, in PDF!