Many researchers argue that the shared values of a generation affect people’s attitude, commitment, and ethics toward work. It is also argued that generational differences may cause tension between employees and with that prevent projects – such as a transition to a high performance organization (HPO) – from being completed successfully. The purpose of this paper is to examine whether generational
differences in work values influence people’s perceptions of HPO, and if so, in what ways and how management could deal with it. The HPO Framework developed by de Waal (2012b) was used as a starting point for the study.

In today’s workplace one can distinguish three generations of employees: Baby Boomers or Boomers (born between 1946 and 1964); 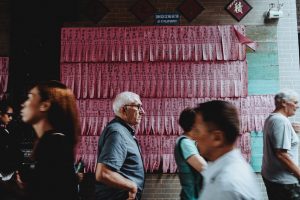 Generation Xers (1965-1981); and Millennials or Generation Yers (1982-1999) (DelCampo et al., 2011; Lyons and Kuron, 2014; Quinn, 2010).
A generation is defined as a group of people born within a specified birth year range who grew up in the same historical and socio-cultural context, and shared formative life experiences, such as pop culture, economic conditions, world events, natural disasters, technology, and as a result developed core values that are different from those of other generations (Mannheim, 1952; Pilcher, 1994; Schullery, 2013; Underwood, 2007). Many authors argue that these values affect people’s attitude, commitment, ways of working, and work values in the workplace; and also that differences in values may create tensions between different generations (Dittman, 2005; Gordon and Steele, 2005; Zemke et al., 1999).

Such tensions may hamper the successful implementations of projects and lead to increase in employee turnover, difficult communications and poor morale….

Click this link to read this paper in Emerald Insight in PDF!