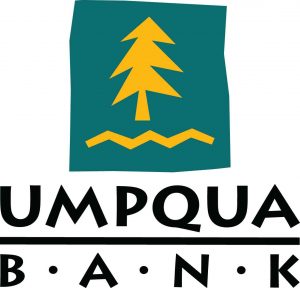 Although many competing banks have visited Umpqua Bank to see how they could copy what the bank was doing, none of them has yet succeeded in reproducing its success. Copying a successful organization does not automatically create an HPO (High Performance Organization). An organization can learn from an HPO, but at the same time it has to develop its own HPO vision and tailor it to the organization’s specific requirements and circumstances.

Umpqua Bank is not a bank…

In the Pacific North-West of the United States there is a mid-sized bank which is extremely successful and which has hardly been affected by the financial crisis. Umpqua Bank was established in 1953 in Oregon by six people who worked at that time in the logging industry. For decades the bank, at the time called National Bank of Oregon, was a little-known, small bank with moderate profitability. This changed when in the 1990s Ray Davis was appointed as chief executive officer (CEO). Under his inspired leadership, Umpqua Bank transformed into a company with almost twelve billion dollar of assets, 186 branches in several states, high profitability and large market share, extremely loyal employees, and a product portfolio formula which has won several awards.

How did Davis accomplish this turnaround? Fortunately he has not kept his approach a secret as Davis has described it in his stimulating book titled Leading to Growth. A striking fact in the story

of Umpqua Bank is that the bank’s strategy is unique in the sector: the bank considers itself a retail business rather than a financial services provider. That is why its branches are fitted out as if they are stores and its employees are send on ‘training missions’ to large successful American retail trading companies and hotel chains like Ritz-Carlton to learn how to behave in a customer friendly way with clients. Everything within Umpqua Bank (processes, products, reward systems, training courses) is aimed at executing this unique strategy as best one can. Initially Davis was laughed at by his peers because of his deviant approach but later on the same people were queuing to visit Umpqua Bank’s stores. Another success factor at Umpqua Bank is the quality of the management and more specific the fact that managers function as role models for employees. Umpqua Bank’s managers feel a true passion for their clients, employees and society (that is, the areas in which the stores are situated) and have an firm discipline to always look out for the interests of these stakeholders. They give their employees a lot of responsibility and at the same time address the results they achieve, and swiftly deal with non-performers. The core skills the company is looking for in an excellent manager can be described as follows:

Further, it is allowed to make mistakes as long as people learn from these.

It is therefore no wonder that Umpqua Bank likes to experiment with ways to make itself more appealing to its clients. In the last chapter, Davis states the essence of his book very succinctly: “In this book I have focused on leading for growth – not because getting bigger is the goal, but because getting better is. Growth means many different things. On a personal level, it means developing maturity, self-insight, even wisdom. In an organization, it means developing a deeper understanding of your organization and the markets you serve, increasing your bench strength, improving your products and services, and much more. Every organization has to be committed to the relentless pursuit of progress if it wants to stay vibrant and relevant. Making progress is a never-ending journey, one with no finish line.” 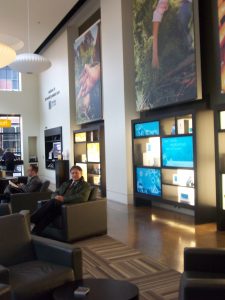 Does the above sound too good to be true?

To investigate this we traveled to Portland, to visit the Umpqua Bank store in Pearl Street, downtown Portland. This is our report on the visit. “When you enter a store of Umpqua Bank initially you don’t notice anything remarkable. Yes, the store is spacious and decorated in a non-standard, local theme. There is free freshly brewed coffee and comfortable seats to relax and even computer terminals with free internet access. Ray Davis already wrote in his book that people of many competing banks visited Umpqua Bank stores and then quickly concluded that they could perform the same tricks as Umpqua Bank. The comfortable seats have by now been copied in every bank in the United States, there is free coffee and also free internet for customers. But still, these banks do not resemble Umpqua Bank in the slightest. That is because it takes you a while before you start to notice what ‘it’ is that makes Umpqua Bank different. For instance, when you enter the building there are no counters with people who look at you with a gaze of ‘What are you doing here?’ Nobody notices you taking a second cup of free coffee. We see a business man entering hastily to plug in his mobile phone to recharge it as he is expecting an important call and his battery is almost dead. He then grabs a cup of coffee and sits down to answer his call and … not one of the Umpqua Bank associates (as store employees are called) bothers him. At a computer terminal two elderly gentlemen are printing stuff and occasionally speak to each other. A moment later two business women enter. It turns out they just met on the street and decided to enter the store to sit down in a quiet corner to chat to each other and do some business. We suddenly perceive it: all these people feel at home in the Umpqua Bank store, something we would never have dreamed to happen at a bank. These people use the Umpqua Bank store as a part of their daily life and routine, the store is part of their community. It provides them with a place to meet people, drink coffee, and, oh yeah, do some banking business.

From the sitting room only one Umpqua Bank associate is visible. He stands next to a sort of counter, looks at everybody with a friendly gaze, nods at the people he knows, which is most of them. He talks to some of them, not so much about banking business but about their daily life. This makes him part of the people’s lives, he knows when you go on holiday or when somebody is sick in your family. He tells us how much he enjoys his job. He worked in the restaurant business for fifteen years and the skill he has learned there, to make contact with people without being pushy, he uses at the Umpqua Bank store every day. He mainly listens and knows how to put you and your affairs central in the conversation. Through following training courses he has learned the banking business and it is no problem if sometimes he doesn’t know all the details, he can ask any of his three colleagues in the store. He introduces us to his colleagues, who are positioned behind open counters at the back of the store. These associates all have different backgrounds: one originates from the hotel industry, the second used to work in supermarkets, and the third turns out to have experience in banking. When we leave the store we know that we have really connected with Umpqua Bank, we now know what makes this company so special.”