Since the initial launch of the HPO Framework in 2007 many organizations have embarked on an HPO transformation, often using the HPO Diagnosis as the starting point of their voyage to high performance. This gave us the opportunity to study the application and performance effects of the HPO Framework in-depth at multiple organizations worldwide. Many of our findings we have shared in a multitude of academic and managerial articles.[i] As we collected all the data from the HPO Diagnoses in our HPO database (which currently contains data from more than 56.000 respondents worldwide) we were able to confirm that the HPO Framework is generic valid for many countries[ii] and sectors.[iii] This is because the HPO characteristics are what we call ‘evergreens of management’: they are characteristics that are always important for creating and maintaining an excellent organization no matter the cultures (country, industry, family) the organization operates in, and to which managers always have to pay attention when devising the actions they need to undertake to lead their organizations to excellence and superior results.[iv]

We also noticed that quite a few of the characteristics of the HPO Framework (such as agile, empowerment and employee involvement, and 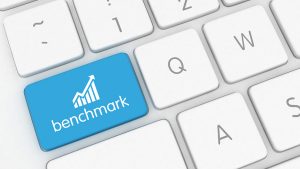 performance management) have become contemporary ideas on management. That is good news because it means that increasingly organizations are accepting that they need to manage in a different way than before in order to increase their quality and performance. Much of our research since 2007 was of a longitudinal nature: it focused on the long-term effects of the application of the HPO Framework in an organization.

HPO Framework: Below you find a summary of the these effects

Exhibit: Listing of the effects of applying the HPO Framework

Effects of applying the HPO Framework in more detail

[i]     At the time of writing this book (Spring 2019) we have published 90 academic articles on the subject of high-performance and HPOs.

[iv]   The fact that the HPO characteristics can be considered to be ‘evergreens of management’ is discussed in de Waal (2013).