The author (André A. de Waal) thanks WP Haton, and especially René van Rijn (Director Finance) and Ron Hoeijmakers (Projects Planner), for letting me conduct this 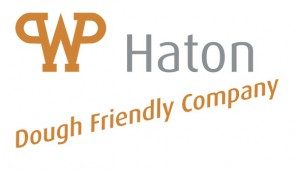 HPO research at the company.

In order to reach high performance, manufacturing companies need to develop agile strategies and react quickly to changes in customer preferences. To be able to do this, manufacturing companies have implemented many new practices, from techniques such as MRP to supply chain management. A recent promising technique is the high performance organization (HPO) framework, a comprehensive and scientifically validated model which incorporates the factors that an organization has to pay dedicated attention to in order to achieve sustainable high performance. The HPO Framework can be used both to analyse an organization on the areas it needs to pay attention to in order to become an HPO, and to analyse an organisation which is already an HPO on its strong areas in order to identify best ideas. In this article the HPO Framework is used in the latter way, i.e. to analyse a manufacturing HPO WP Haton, on its strong areas in order to identify best ideas that potentially can be used by other organizations in their transformation to HPO.

So it seems worthwhile for manufacturing companies to invest in the implementation of improvement techniques as a means to improve their organizational performance. Many of the companies have in the past decades turned to the technique of lean management. Moyano-Fuentes and Sacristán-Díaz (2012) looked at multiple empirical studies into the relation between lean and organizational performance and found that the main benefits of lean consisted of reducing process variability, scraps, and rework time, which in turn reduced production costs and lead times and increased process flexibility and quality conformance. Bortolotti et al. (2015) analysed a sample of the High Performance Manufacturing, which consisted of manufacturing plants operating in mechanical, electronics, and transportation equipment sectors in ten countries, and found that manufacturing plants that implemented lean successfully had, in comparison to plants with unsuccessful implementations, a culture of higher institutional collectivism, a future orientation, a humane orientation, and a lower level of assertiveness. In addition, these plants used so-called soft lean practices more extensively (i.e. lean practices concerning people and relations, problem solving, employees’ training to perform multiple tasks, supplier partnerships, customer involvement, and continuous improvement). However, applying lean management does not always lead to positive organizational results. Camacho-Miñano et al. (2013), in an extensive study of the empirical literature into the effect of lean management on financial performance, found that profitability did not always increase when lean management was implemented. Bouville and Allis (2014) even found negative consequences of the introduction of lean management on the job satisfaction, employees’ health and employees’ intention to stay at a French multinational. A reason for these contradictory results could be that lean management mainly aims at improving operational processes and as a logical consequence increases operational and not organizational performance. This possible explanation is supported by Jasti et al. (2015) who uncovered, in a review of 546 articles on lean management published between 1988 and 2011, that most research studies concentrated on the application of lean management in operations and not across the complete organization. This finding is mirrored by Lesmeister et al. (2012, p. 17) who remarked that in manufacturing companies most improvement programs focus on shop-floor operations and “leaning operations which is critical but ignores the important fact that organizational factors influencing the strength of the internal organization can block or pave the way for high-performance manufacturing. Thus there is a need for a more holistic technique which can be used to analyse and subsequently improve the organizational performance of manufacturing companies. To have a technique like that available is all the more important as Camacho-Miñano et al. (2013) noticed in their aforementioned literate review that organizations that used the most comprehensive models (i.e. considering financial and operational indicators and contextual factors) did experience a positive and significant impact of lean on financial performance. Such a tool is in this article introduced to the manufacturing industry: the high performance organization (HPO) framework (Waal, 2012b). This framework was developed based on data from many industries, including the manufacturing industry, and has thus far been applied in the diamond (Waal et al, 2014a), education (Waal and Sultan, 2012), banking (Waal and Frijns, 2011), food (Waal and Haas, 2013), governmental (Waal et al, 2014c), insurance (Honyenuga et al., 2014), media (Waal et al., 2015), training (Waal et al,2014b) and transport (Waal and Frijns, 2014) sectors. The HPO Framework can be used to analyse an organization on the areas it needs to pay attention to in order to become an HPO, and it can be used to analyse an HPO on its strong areas in order to identify best ideas that potentially could be used by other organizations in their transformation to HPO. In this article the HPO Framework is used in the latter way, i.e. to analyse a manufacturing HPO, WP Haton, on its strong areas in order to identify best ideas. The remainder of this article is structured as follows. In the next two sections the HPO Framework and the case company are described. Subsequently the research approach and the identified best ideas are discussed. The article ends with a conclusion. 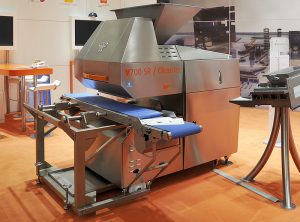 The high performance organization (HPO) framework was developed based on a descriptive literature review (Phase 1) and empirical study in the form of a worldwide questionnaire (Phase 2) (Waal, 2006 rev. 2010, 2012a+b). The first phase of the study consisted of collecting the studies on high performance and excellence that were to be included in the empirical study. Criteria for including studies in the research were that the study: (1) was aimed specifically at identifying HPO factors or best practices; (2) consisted of either a survey with a sufficient large number of respondents, so that its results could be assumed to be (fairly) generic, or of in-depth case studies of several companies so the results were at least valid for more than one organization; (3) employed triangulation by using more than one research method; and (4) included written documentation containing an account and justification of the research method, research approach and selection of the research population, a well-described analysis, and retraceable results and conclusions allowing assessment of the quality of the research method. The literature search yielded 290 studies which satisfied all or some of the four criteria. The identification process of the HPO characteristics consisted of a succession of steps. First, elements were extracted from each of the publications that the authors themselves regarded as essential for high performance. These elements were then entered in a matrix which listed all the factors included in the framework. Because different authors used different terminologies in their publications, similar elements were placed in groups under a factor and each group – later to be named ‘characteristic’- was given an appropriate description. Subsequently, a matrix was constructed for each factor listing a number of characteristics. A total of 189 characteristics were identified. After that, the ‘weighted importance’, i.e. the number of times a characteristic occurred in the individual study categories, was calculated….

Read or download ‘Analysing high performance in the manufacturing industry: the case of WP Haton’, published the International Journal of Management Cases, in PDF!