Since the 1960s practitioners and academics alike have become interested in what makes organizations perform better. This ‘quest for excellence’ received a major boost 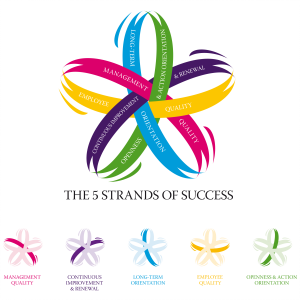 by the work of researchers such as Tom Peters and Jim Collins, who wrote best-sellers on high performance. Since their pioneering work many publications on excellence and high performance have appeared. The literature review that was part of the HPO research encompassed already 290 publications over the period 1960s to 2007 and since that time an estimate of another hundred books and articles have appeared on this topic. So what makes the HPO Framework unique compared to previous developed high performance models?

The main difference concerns the selection of research subjects. Many researchers selected their research population based on financial analyses of organizations that perform excellently in a certain sector and then compared these with competitors that did not perform so well. They then determined the characteristics of high performance on the basis of these comparisons. Making such a selection always brings with it an element of chance: was the correct information available and was the selection based on the right criteria? What if the organizations that were not selected had interesting and maybe even distinguishing characteristics, were these ignored? How can we be sure we have included all the relevant research subjects? In recent years this type of approach to high performance research of comparing the ‘good’ and the ‘bad’ is in academic circles considered inadequate. In addition, most of the previous studies concentrated on the Western – mostly North-American – profit market while Eastern countries, emerging markets and developing countries, and non-profit and governmental organizations were usually not taken into account. This limits a world-wide generalization of the results of these studies as well as the applicability in other than Western organizations.

The HPO Framework to me is a validated analysis of what makes an organization excellent. A validated framework means that we don’t have to research this ourselves. We can use it with great confidence to start our own transition to HPO, to try to move the department as close as possible to the characteristics of the framework, with the idea that if you are able to do this, you will become an HPO. We also find the HPO Framework better validated and certainly more elaborated than other models and frameworks that we know, so we could use it directly and easily.

In the HPO research no selection was made prior to research 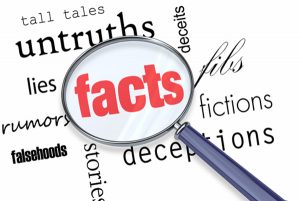 The implication of being that organizations often have already implemented various quality and improvement models such as the EFQM model, Great Place to Work, Six Sigma or the balanced scorecard in recent years, and with that already addressed several of the HPO characteristics. So what new has the HPO Framework to offer and why spend time, energy and money on it? The fact is however that a lot of these quality and improvement models, as stated before, are not based in science and have an unproven chance of sustainable success. One could state that the HPO research identified with the initial 189 characteristics 189 opportunities to improved performance. The HPO research indicates which opportunities are less likely and which are more likely to lead to success. The five HPO factors and the underlying 35 characteristics are the thus the opportunities with the highest probability of success.

How can we help you?

Even if your organization is performing well at the moment, you need insight. With that insight, you can further improve your internal organization. What will lead to even better financial results, happy employees and customers who are fans.

Like many other organizations in the UK and USA we can help you to become an HPO? Contact us for more information!