To be perfectly honest, the past decade I have now and again felt like Don Quixote. You remember, he from the novel The Ingenious Nobleman Mister Quixote of La Mancha, written by the Spanish novelist Miguel de Cervantes Saavedra in 1605 (part 1) and 1615 (part 2). The novel recounts the adventures of an elderly nobleman who thinks delusionally that he is a knight who has to set out to rescue damsels in distress and right the wrongdoings in the world. Don Quixote, through the centuries, has become the stereotypical idealist, a person who with good intentions is not taken that seriously by his environment and thus has no authority and is not very effective.

Okay, my situation might not be that tragic but I have felt many times that the HPO thinking was flowing into the face of fashion this past decades, as society and especially the business world became increasingly orientated at bettering short-term profits and the gains of shareholders. Particularly the HPO factor Long-Term Orientation was at odds with the trend of companies trying to increase quarterly earnings and politicians trying to score and get votes with quick and not very nuanced pronunciations and plans. After all, building good long-term relations with all stakeholders clearly means that stakeholders (i.e. clients, suppliers, employees, shareholders, government, and society at large) should be at the center of what a company is about. And yes, in general in Europe this shareholder obsession seemed less bad than in the USA but the Anglo-Saxon way of doing business was also gaining ground here rapidly, even when we started to suffer from its excesses during the financial and the following economic crises. 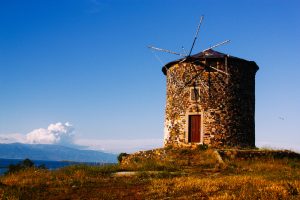 Review (which by the way itself could be considered to be the de facto “spokesperson” and ‘representative” of Anglo-Saxon management). In this article the two professors argue for a reorientation from ‘maximizing shareholder value’ to ‘maximizing a company’s health’ and thus bettering the interests of a company’s stakeholders. They explain that the theory on which most organizations are still founded, the agency theory, has many drawbacks and could be considered to be plainly wrong. The theory states that shareholders own the corporation and therefore have the ultimate authority over its business and may legitimately demand that its activities be conducted in accordance with their wishes. Bower and Paine list in their article a whole list of disadvantages of this thinking, of which for me the most speaking are:

Bower and Paine plead for a more company-centered model, which at its core has the promotion of an enterprise’s health, to be established throughout the business world. This model should have the following characteristics: 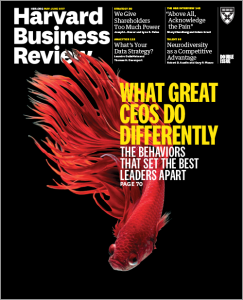 applaud the ideas of Bower and Paine and hope that the business world takes good notice of these. If not, I fear that the creation of the sorely needed high performance organizations will become an almost hopeless task. And such a grim world, ruled by investors greed and not by high performance, I do not wish to leave to our children!