How could I be soooooooooo stupid? I bet you have said that a couple of times to yourself in your life. But probably more often you have exclaimed: How can they be so stupid?! Especially about the bosses in your organization, who have taking actions which were beyond your, and your colleagues, comprehension. Often this kind of behavior seems rampant in the workplace and you see complete organizations taking the wrong direction because of “stupid” decisions. The Stupidity Paradox. Or, as Frank Zappa fan I have to quote him, “We’re dumb all over.”

The book: The power and pitfalls of functional stupidity at work

Mats Alvesson and André Spicer have written a great book in which they investigate the origins, reasons, disadvantages and benefits of 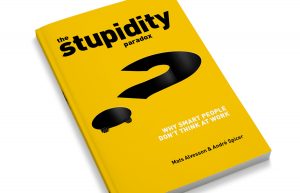 stupidity in the workplace. They first define stupidity in the workplace as being functional stupidity (page 9) which is: “the inclination to reduce one’s scope of thinking and focus only on the narrow, technical aspects of the job. You do the job correctly, but without reflecting on purpose or the wider context. Functional stupidity is an organized attempt to stop people from thinking seriously about what they do at work. When people are seized by functional stupidity, they remain capable of doing the job, but they stop asking questions about their work. In place of rigorous reflection, they become obsesses with superficial appearances. Instead of asking questions, they start to obey commands. Rather than thinking about outcomes, they focus on the techniques for getting things done. And the thing to be done is often to create the right impression. Someone in the thrall of functional stupidity is great at doing things that look good.”

Sounds awful, doesn’t it? So why do some many people in the workplace act in this manner? This is because of, what Alvesson and Spicer call, the ‘paradox of stupidity’. Shutting of parts of your brain at work seems like a bad idea but actually has a lot of benefits: you don’t have to engage in the tiring business of using all your intellectual resources but just coast along without trouble, you are thus not seen as a troublemaker who asks too many awkward questions, and you look resolute and a leader by not thinking too long but taking swift action in a decisive way: you are ‘leadership material’! But Alvesson and Spicer warn for the disadvantages of functional stupidity: because contradictions and probing questions are avoided people start to overlook real problems; there will be a widening gap between what you say is happening and what people see happening so they start to distrust you and might become demotivated with all the adverse effects on their performance; and it can lead to major, even systemic problems such as the financial crisis of 2008.

Firms often go out of their way to copy other organizations they think are successful, but often they have little or no idea of why they are copying them. The thesis of the writers is that many organizations are caught in the stupidity paradox: they employ smart people who end up doing stupid things. This can produce good results in the short term but pave the way to disaster in the long term. Many organizations claim they rely on well-educated and intelligent people who are eager to learn, while in reality they rely on discipline, order, mindless enthusiasm, conformity, loyalty, and a willingness to be seduced by ludicrous ideas.

Do not focus on gurus and best-know companies in your industry!

Alvesson and Spicer give many great (and therefore sometimes depressing) examples but I will concentrate on what they say about a particular form of stupidity: organizations following unthinkingly the success recipes of so-called gurus. The main reasons for this, according to them, is that when organizations are obsesses with buying into success recipes and taking action, they are relieved of the burden of actually having to consider the tacit assumptions they act on, and the implications of their actions. After all, it is much easier to follow others than think for yourself. In addition, managers are eager to show they are up to date, and they do this by adopting the latest management practices that are hot at the time. Unfortunately, as fellow managers at other organizations are doing the same, everybody starts to copy everybody without creativity, making it impossible to stand out of the crowd and be really and truly innovative. In their defense it has to be said that corporate life is plagues by uncertainty and it is virtually impossible for managers to know for sure if a new practice will work. Therefore is will be safer to do what others do so you avoid blame and ridicule. As a consequence, many organizations look at what the best-known companies that are usually the winners in their industries. However, the problem with focusing only on winners is that you learn from a very 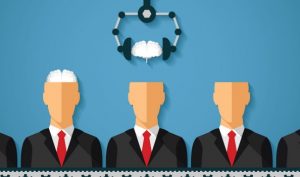 biased sample: you ignore the great majority of companies that have gone out of business or are struggling to hang on. By only looking at the winners, you fail to learn from the losers and their painful lessons, but even worse: you might start copying organizations who just got lucky with maybe risky strategies and who just as well might have failed. Would you gamble your busies on this possibility? As Alvesson and Spicer remark: firms that try to cope for instance Uber’s business model are focusing on only one example that happened to make it in a sea of many hundreds that failed. They state emphatically: organizations that really want to learn should look at failures to. This directly ties in with one of the characteristics of the HPO: you are allowed to make mistakes … as long as you learn from them. So I state emphatically: this book is a must for every discerning manager who wants to build a high performance organization in a sensible and deliberate way.