That’s a question I have been asked on numerous occasions. After a passionate plea about the benefits of the HPO Framework for the organisation, and showing what the HPO Diagnosis and HPO Insight™ improvementtool entails, a member of the management team would stand up and ask me: “So professor, how do we start the transition to HPO?” And the smarter ones follow this question with a second one: “And how did organisations that have become an HPO approached the transformation?” Enough reason to ask one of my students to find the answers on these questions.

Fortunately one of my clients at the time was well on its way to becoming an HPO and graciously gave permission for the student to do his practical fieldwork at the company. As is customary, the student first constructed a theoretical framework for an HPO transformation. This in itself already gave interesting and important insights into the various options that are open to an organisation when undertaking an HPO transformation, see Table 2 (from research paper). The transformation elements mentioned in the Table where matched with what happened in real life at the case company.

Table 2: The theoretical approach for an HPO transformation

The case company at that time could only be described as a low performing organisation that was not able to achieve set goals and targets, provided inadequate service and made too many mistakes. In order to stop the downward spiral, first a conscious effort was made to improve processes and accessibility of the call centres. Subsequently, with strong top-down steering, the operational base of the company was sorted out so that it could start satisfying at least the basic expectations of customers. When this was the case the company’s management team formulated an ambition to continue with the deployed organisational development activities in order to increase the achieved level of average performing organisation to a high performing organisation. The management team decided to apply the HPO Framework to help the company in its transition to HPO, or better the desired state of high performance. The subsequent HPO Diagnosis showed an average HPO score for the company of 6.5 which was 2 points short of the desired HPO level of 8.5. The management therefore decided to take the attention points which originated from the HPO Diagnosis as the starting point of the HPO change program at the company.

Table 4: Comparison between the theoretical and empirical HPO transformation approach

The rate of occurrence of the transformation in the case company for most of the business units could best be described as continuous. There were some transformations which were characterized by periods of acceleration followed by periods of relative calm, but in general most transformations were worked on continuously resulting in step-by-step enhancements in the HPO factors. The scale of the transformation was mostly to fine-tuning because the case company’s strategy had not been modified for or modified as a result of the intended HPO transformation, instead the company worked in a continuous process on the required improvements. In addition, the changes brought consistency between the work processes and the way of work and the behaviors of the organisational members. 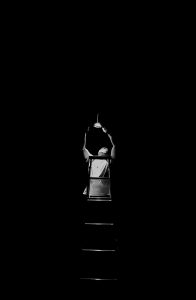 emergent approach. One the one hand, a top-down approach was used in which the organisational members developed transformations initiatives through clearly defined interventions originating for the management team and the HPO Program Team. On the other hand, a bottom-up approach was used in which each department developed transformations initiatives itself for enhancing specific HPO characteristics in a way that was fit for the local business environment.

Clearly this approach worked because this company not only was well on its way to becoming an HPO, in the first year after the transformation started it managed to enlarge its client base considerably, quality complaints were reduced dramatically, profits went up to a healthy level and the HPO score increased nicely. So the next time somebody stands up after my presentation and asks me the question, “So, what now?” I can with confidence point them the way to organisational bliss!